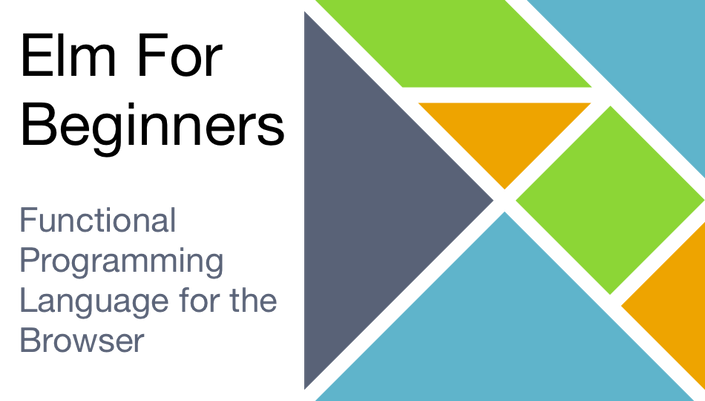 If you answered yes, then this course is for you.

Elm is an amazing new functional programming language for building Front End Web Applications.
Elm was designed as an answer to the following question:

"What would be a good language for building front end web apps?"

Elm has been thoughtfully crafted over the last several Years by it’s creator Evan Czaplicki, adding just enough features to make it powerful but still simple to use.
Elm, unlike most other functional programming languages, achieves a nice balance between Idealism and Pragmatism.

Why should you consider using Elm?

Elm offers many benefits over JavaScript, which you’ll see in this course.

Personally, I like Elm because it makes my life Simpler, it’s a Joy to use and I’m just more productive.

"I’ve tried to learn functional programming before, but ..."

"Should I learn elm if I can’t use it at work?"

Even if you never use Elm Professionally in your Job, it’s still totally worth learning.
You’ll gain functional programming skills that you can take back to your imperative languages... However you may find that Elm is so nice, you may just become the advocate that persuades your employer to start using it at work ;)

After you learn the basics, we’ll build a portion of a Realtime Basketball Scorekeeping App. Specifically we’ll create a prototype of the Scorekeeping interface, turning a mockup into a working app. 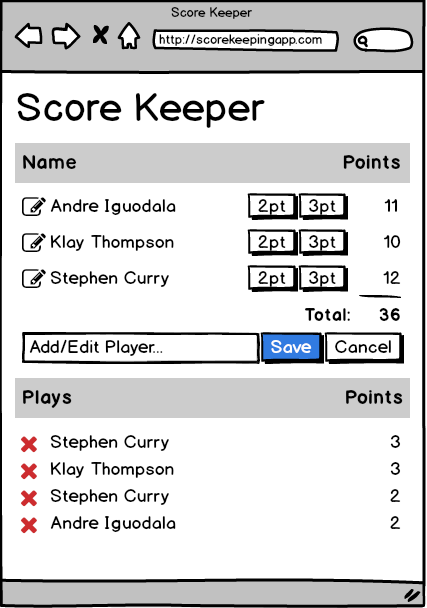 You should have a basic understanding of Html, Css and JavaScript before taking this course.

"What am I going to get from this course?"

- Learn how to setup your Elm development environment
- Understand the Basic Concepts of Functional Programming
- Know how to write pure functions and use immutable data
- Comprehension of Elm’s Type system
- Ability to use Elm Packages
- Know how to Build Elm Apps using the Html.App package
- Understand how to Debug Elm Apps
- and more...

The companion git repo for this course can be found at:

What People Are Saying

Every language should have some training available as good as the @uknowthen @elmlang class. Totally enthralled.

Just did my first #elm-lang app with @uknowthen's free elm course for beginners :) It's great and you should take a look :)
— Alexandre S Hostert (@_Hostert) September 21, 2016

Highly recommend the Elm for Beginners course by @uknowthen https://t.co/T4t9ZA0b3t

I can't recommend this "Elm For Beginners" course enough! It is excellent. #elmlanghttps://t.co/1UX55Eudd7

I’ve just finished the Elm for beginners course from @uknowthen which is simply awesome! https://t.co/Wty1ZtFK8Q #elmlang

Just finished Elm For Beginners course on https://t.co/RxO1KUTz8X and feel so rewarded. Thank you, @uknowthen.